Why Are We Waiting? 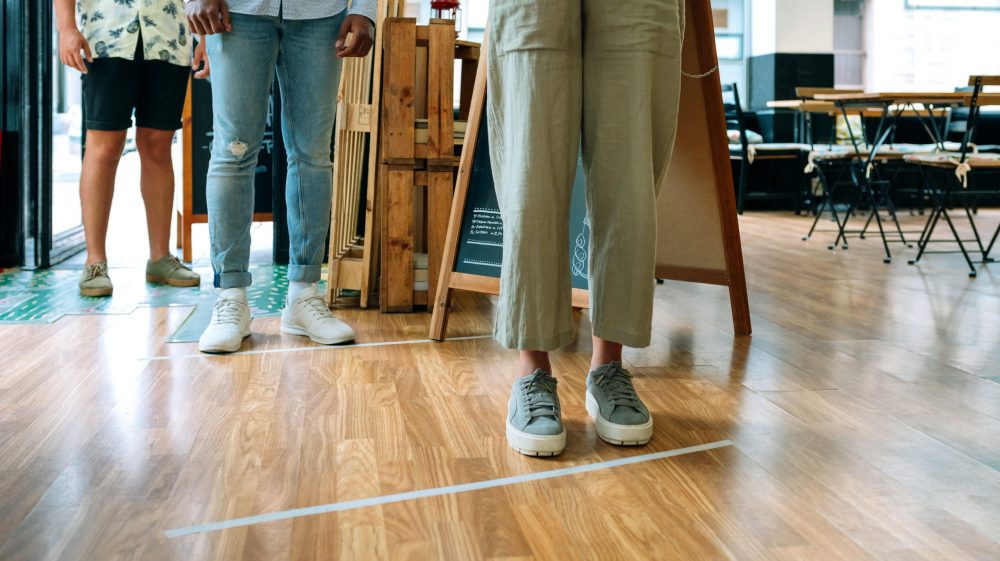 Why Are We Waiting?

FIFTEEN people already had their go. Each took a swing at the big yellow ball with the tennis racket, launching it into the crowd of young sports stars of the future, running off to the white cone and trying to get back before Coach Ben could throw it to the batting position again.

The Weight of the Wait

As one after the other took to the batting position in our ‘non-stop cricket’ game, some of the fielders were beginning to lose their concentration. Some began talking to one another or one of our coaches about their plans for the afternoon or when their birthday was going to be. Others were wondering when it would be their turn to bat. And a competitive few were still attentive to the game, but when the shot was made, would all sprint at once to compete for that same one ball, sometimes wrestling with each other over it, despite all being on the same team. Even the coaches themselves were beginning to feel the weight of the morning’s activities!

And then there was Albert. Like the fifteen other Home Ed children, Albert had done well to almost complete the hour of intense sports on Southsea Common in our fifth week of Home Ed Sports Season 3. He had taken part in a relay in which his team came last in all three attempts. Yet, the tallest and oldest in his team of younger team mates, he didn’t complain or give up. He had a good go at the ‘Heads, Shoulders, Knees, Ball’ game in pairs, the ‘Rock, Paper, Scissors with a Twist’ game in teams, and Coach Chris’ ‘Captain’s Coming’ warm up.

And so when it came to being the sixteenth and final player to face Coach Ben’s bowling, with bat in hand, Albert could have been forgiven for not really getting out of the starting blocks.

Yet, what happened next was very far from that. Albert’s hitting was on point. Unlike others, he also remembered that a good hit needed to be followed by a sprint to the cone. And every time, he was back at the batting position in good time ready to face Coach Ben again.

It was understandable when some asked Coach Andy when it was their turn to bat. And it could be forgiven when one or two were beginning to think about what was going to come next in their day of activities. But in all of that time, Albert did not do this. In this time, he continued to field, chasing after the ball, throwing to team mates to get it back to Coach Ben quicker, and intently watching each person in bat to see how they hit the ball and to watch their running technique.

So when it came to Albert’s turn in the batting position, he excelled. And even better, he took the achievement with humility. Albert did not boast to others about his performance, or blame them for not doing what he did. He was just content with how the game worked out.

Word of The Week: Patience

As always, we then wrapped up a challenging Home Ed Sports morning with a team-talk and a short discussion on the ‘Word of the Week’.

This week’s word was ‘patience’. Albert provided the perfect example for us.

Coach Andy asked the children to give an example of when they had to wait for something.

“When I wanted to go on a ride at Lego Land and we had to wait for ages”, said one.

“When we needed to catch the bus,” said another.

“When we wanted to eat some yummy food”, another voice shared amongst the group.

These were all great examples of when we had to wait for something; when we needed a bit of patience.

Sometimes, as Coach Andy explained, patience isn’t just about waiting for something that we want. There is often good reasons for why we are waiting. Take today for example. Albert had to wait until fifteen other people had taken their go. But he was patient. He didn’t get frustrated. He didn’t lose concentration and get distracted. He didn’t complain. He didn’t even ask when his turn would be. Instead, he took part as a fielder. He watched as the other people in bat took their turn. He learnt the rules and techniques of the game. And when it was his turn, he was very ready to take it, and he was content with the results. His patience paid off.

In life we often don’t get what we want when we want it. And there is often a good reason for that. If we are patient when waiting, we have the opportunity to observe, to grow, to learn, and become more ready. If we are not patient, we may go somewhere or receive something before the right time, we may not be as ready to make the most of it, or we might be too busy or in the wrong place and miss it all together! Or worse – it may cause us or others damage. (Why do mummies and daddies always tell us to wait before we cross the road?)

Why are we waiting? To watch, to learn, to grow, to appreciate, to make the best of something, to be as ready as we can be, and even to be kept from damage or destruction.

As we walked away from the playing field, one of the older children from the group caught up with Coach Andy and shared another example of waiting. She explained, “when mummies have a baby in their tummy, they have to wait nine months until the baby is ready to come out”.

What a great example!

As Christians we understand that our Father – God – is patient with us. Very patient. Christians are human like everyone else. We want things, and we are tempted to have them before they or we are ready. We feel we deserve some things – and justifiably in the view of many – yet they still haven’t arrived or happened, and we wonder why.

Our timing is not always the same as God’s timing. Often we think we are ready for something when we really are not! Even if it can feel like we’ve waited for something for too long, there is often a good reason.

The Lord is not slow in keeping his promise, as some understand slowness. Instead he is patient with you, not wanting anyone to perish, but everyone to come to repentance. 2 Peter 3:9 (NIV)

Sometimes, we find out later on that it really was a blessing and for good reason that we had to wait. It meant that we were kept from something we couldn’t handle, or that we grew, had time to observe, learn, and become more patient, and therefore more useful to people around us and to God.

Jesus was patient. When he walked on this earth, there were many people who came up to him and asked for help. He gave them his time. Some people challenged what he said, yet he didn’t put them down. Other people refused to believe he was who he said he was. Some mocked him for his beliefs, and even took his clothes, made accusations, put him on trial, and crucified him. Yet he didn’t complain at them. He didn’t retaliate. He didn’t lose focus. He even asked God to forgive them. He knew that there was the right time for everything, and that God had a plan, even if it was hard to wait for it or understand it at the time. And at the right time, Jesus came back to life and began a revolution in the world. Because he patiently waited for God’s timing, many more people since have been able to begin to get to know God in a real way here on earth.

That is worth the wait.

Next time you find yourself waiting for that change to come, or when the children ask for the millionth time ‘why are we waiting?’, ask yourself, what would Albert do?!


Deprecated: wp_make_content_images_responsive is deprecated since version 5.5.0! Use wp_filter_content_tags() instead. in /homepages/8/d243714560/htdocs/wp-includes/functions.php on line 4774