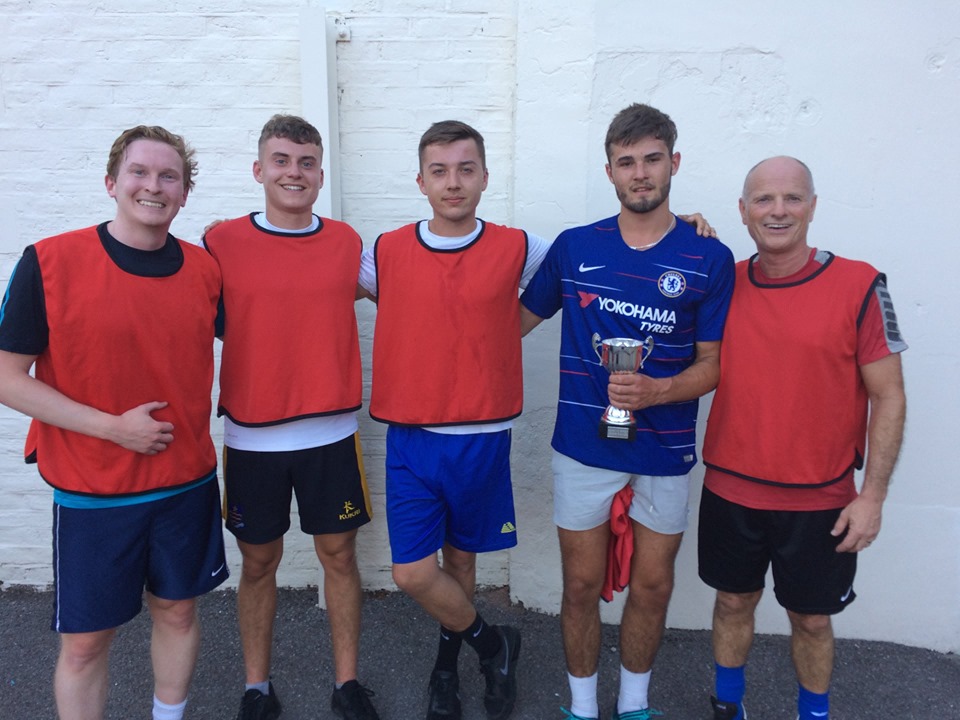 Congratulations to Corinthians FC on winning the 2019 Monday Night Football 5-a-side summer league. After 3 seasons of being the bridesmaid they are finally ‘the bride’ having taken the trophy from Harbour FC.

MNF will be taking a break over the summer but we are raring to go for the new season in September, while Spirit in Sport also gets ready to launch new leagues in Basketball alongside other new initiatives to be announced.

In the meantime, we have heard during the high octane post-match celebrations that Corinthians have already planned their pre-season trips to Italy and Spain to eye up potential new recruits including Ronaldo and Messi.

“We will also be on the look out for a new goalkeeper”, veteran C. Cox told us. “They will preferably have a lot to offer, including ten fingers, although we may accept eight…”, Mr Cox added.